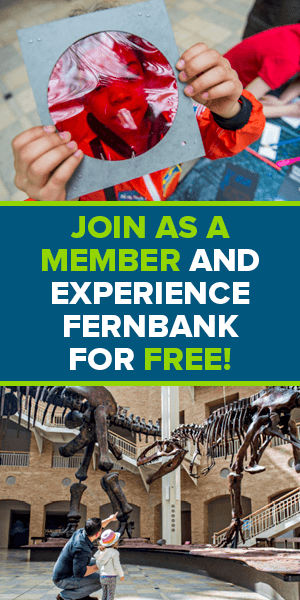 Antarctic Dinosaurs Exhibit
Special Exhibit Hall, Lower Level
10am-5pm
Embark on an adventure to uncover never-before-seen dinosaur fossils from one of the most isolated environments on Earth.

Meet the “Dinosaurs of Antarctica” Explorers
with Paleontologists Dr. Nathan Smith and Dr. Patty Ryberg
Frances Wood Wilson Foundation Theater, Lower Level
10:30am-11am and 1pm-1:30pm
Take an epic journey back in time with Dr. Nathan Smith and Dr. Patty Ryberg, scientists featured in the giant screen film Dinosaurs of Antarctica. Hear stories of their fossil-hunting adventures, see the cells of a plant that's been fossilized for 260 million years, and check out a 3D-printed dinosaur brain.

Fossil Hunting Discoveries
Dr. Patty Ryberg
Great Hall, Lower Level
11:15am-12:45am
Drop by to meet Dr. Patty Ryberg, a paleontologist and Antarctic explorer. Ask questions about fossil hunting around the world, and see the inside of a 260-million-year-old plant from Antarctica. This unique continent has an abundance of the rarest type of fossil preservation with individual cells still present, allowing scientists see what the insides of extinct plants were like.

This event is expected to sell out. Get your tickets TODAY!
Members and non-members must reserve tickets in advance to guarantee admission. Because we are operating at reduced capacity, when time slots are sold out, we are unable to add additional tickets.

*Tickets for the giant screen movie Dinosaurs of Antarctica are not included with general admission or member tickets. Movie tickets are $6.95.

**Programs and times are subject to change without notice.

Fernbank is a not-for-profit natural history museum, giant screen theater and old-growth forest, and is not affiliated with Fernbank Science Center, which operates as a division of DeKalb County Schools.